Peppermint (Mentha piperita) is one of the most popular herbs in modern use, and it’s cooling and refreshing properties are enjoyed in a multitude of applications worldwide. Thought to originate in the Mediterranean, the plant grows wild throughout Europe and North America in moist areas.

It flourishes in cool and temperate regions near waterways or in areas of high rainfall. A perennial herb, peppermint is cultivated in Italy, the USA, Japan and Great Britain. It can grow to 1m in height and the leaves are serrated and slightly hairy. Under the right conditions it propagates itself easily via underground runners.

The leaves and stems contain volatile oils which give the plant its pungent fragrance and taste, and the oil contains menthol, which gives the oil its characteristic cooling effect. 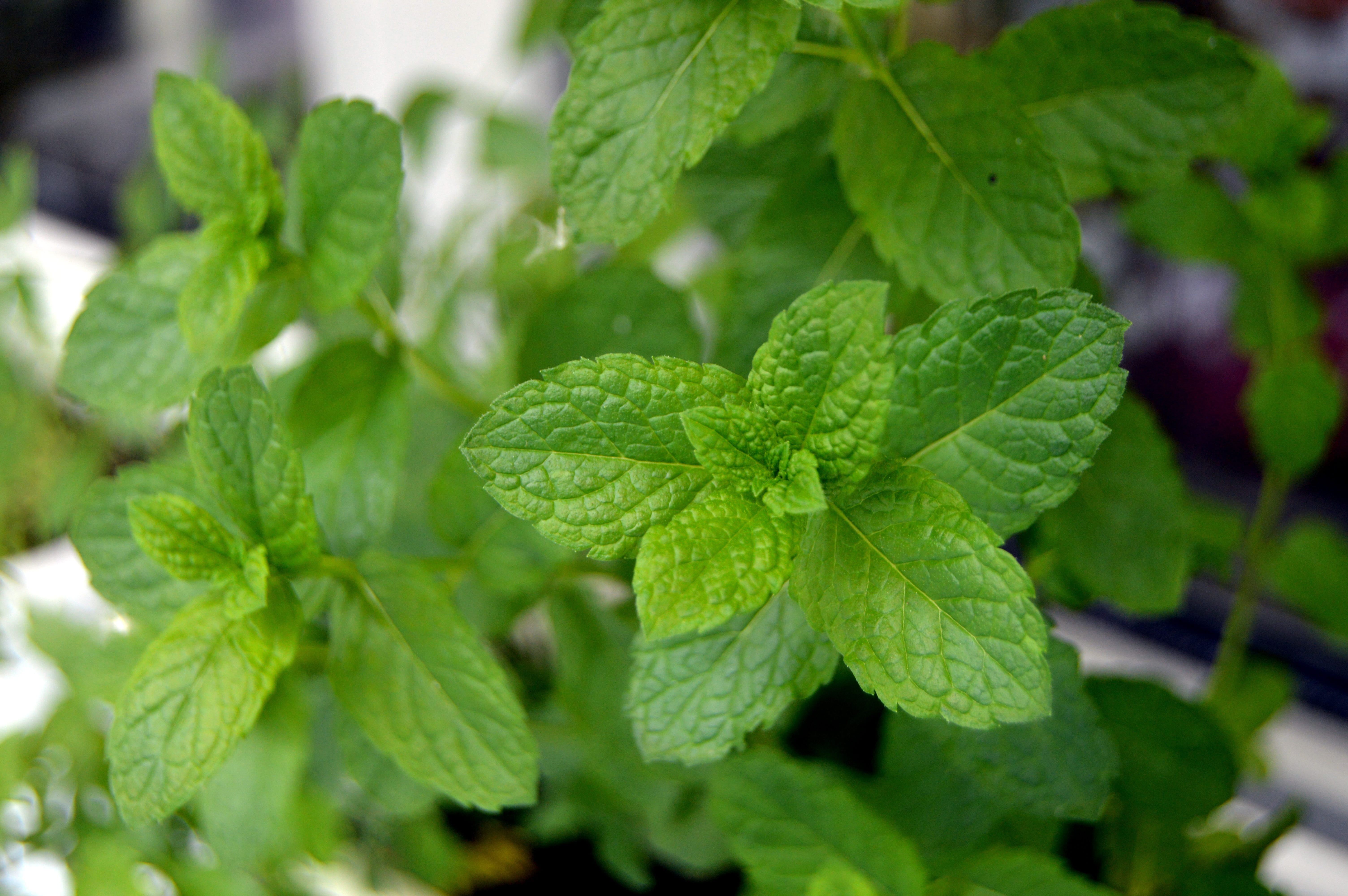 Peppermint has a long history of unique uses. Aristotle (circa 384-322 BCE) mentioned peppermint in his writing, and the ancient Greeks and Romans used peppermint as a culinary herb and to help get rid of pests. It has been cultivated since ancient times in Japan and China, and evidence to suggest that Mentha piperita was cultivated by Egyptians was found in a tomb dating back to 1000 BC. It also appears in 13th century Icelandic medical documents.

Peppermint oil is one of the most versatile oils in the world, and is used in the culinary, health and cosmetic industries. Peppermint leaves or the essential oil is commonly found in tea, chocolate, confectionary, chewing gum, dessert, and sauces. Fresh leaves are often added to hot and cold drinks such as tea, lemonade or cocktails for their refreshing and cooling effect.

Modern peppermint is a naturally occurring hybrid of Mentha spicata (spearmint) and M. aquatica (watermint) and the plant requires specific environmental conditions for successful cultivation. Due to its many uses and expansion into the Asian market, there has been a steady increase in demand for peppermint oil. World production is in excess of 4000 tons per annum, with the USA accounting for over 90% of production.

The crop is harvested just before flowering for optimum oil yield and quality, and the entire plant is cut down. This must be done neatly to ensure regrowth. The essential oil is found in cells on the underside of the leaves and is extracted by a process of steam distillation.

In traditional herbal medicine it has been used as a tonic to ease spastic colon and to boost the digestive system, and to treat migraine, headaches, sinus and chest congestion. The oil is commonly added to cough and cold remedies as its expectorant properties clear the nasal passages of congestion and promote easier breathing. Diluted in a carrier oil and rubbed into the feet it can help to reduce fever.

Peppermint oil is effective for a range of digestive ailments, as it stimulates the gall bladder and the secretion of bile. It can be used to treat colic, cramps, dyspepsia, spastic colon, nausea and can relieve pain in cases of toothache, rheumatism, neuralgia, muscular pains and menstrual pain.

Peppermint is used in aromatherapy to stimulate mental agility and improve concentration. It’s excellent for mental fatigue and depression, and helps for apathy, irritability, shock, nervous tension and faintness.

Topically the oil is used to relieve skin irritations and its cooling action helps to sooth redness and calm inflammation and irritation. It’s helpful for relieving sunburn and can also be used to assist in the treatment of dermatitis, acne, ringworm, scabies and pruritus. Cosmetically, the oil acts as an astringent, tightening the pores and promoting healthy skin renewal.

The oil’s anti-microbial and anti-fungal properties can be utilised to sanitise and deodorise the home environment, disinfect surfaces and repel insects.

Peppermint oil is non-toxic and non-irritant in low dilutions, but sensitization may be a problem and it can cause irritation to the skin and mucus membranes - it should be kept away from sensitive areas such as the eyes. As with all essential oils, peppermint oil should always be diluted in a carrier oil before use. Peppermint oil should be avoided during pregnancy and not be used in young children under seven.